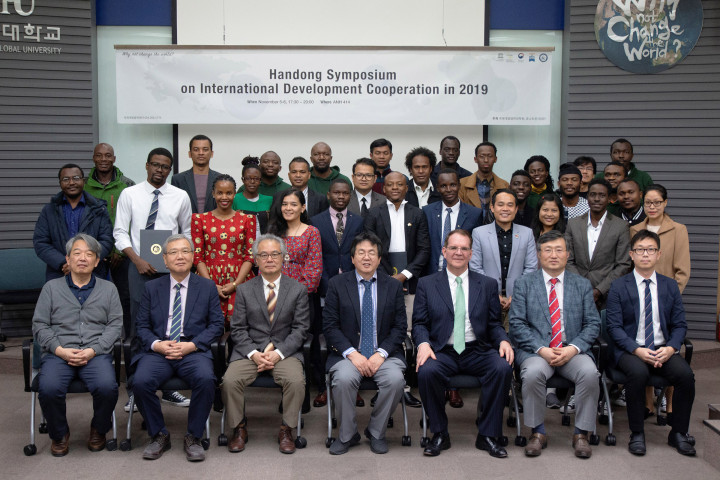 - Fourteen officials from Asia, Africa and Oceania present a paper that studies pending development issues and solutions for their countries.

The symposium, which was held to enhance understanding and interest in Asia, Africa and the Oceania region as a global citizen, was a success with a total of 80 presenters, debaters and audience members attending. In particular,▲Young-jin Kim, dean of the Graduate School of International Development and Cooperation at Handong University, ▲Young-sup Kim, Hyun-mo Sung, Hwa-cheol Son, Jin-won Ahn, Doo-hee Chung, and Cham-gil Hong,▲Edward Purnell professor of Handong International Law School, ▲Soo-young Jang professor at POSTECH attended the forum and gave the presenters various points of view and ways to improve. 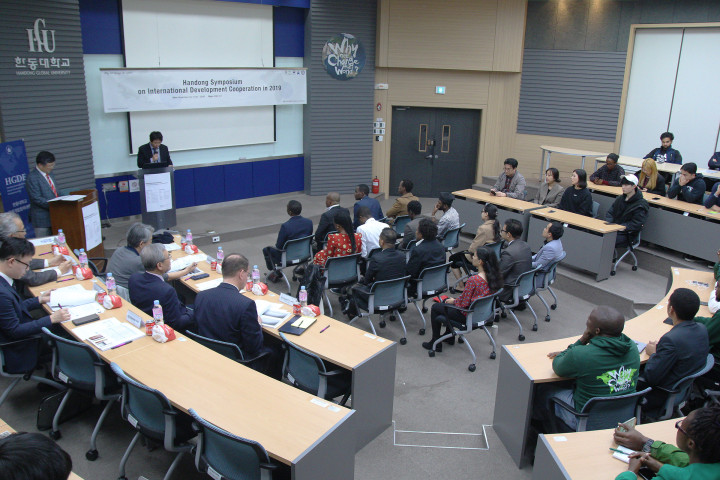 The symposium was conducted by issuing and discussing papers studied in depth by 14 officials from developing countries, the participants raised various development issues in Asia, Africa and Oceania and sought solutions together.

Benjamin Byarugaba, an official from Uganda, drew attention by comparing the efficiency and execution price of the cooling system that can be applied to his country's data centers, and by suggesting an optimal cooling system for the government to reduce costs. Professor Edward Purnell of Handong International Law School said, "The presenters showed signs of deep concern to solve Uganda's current government problem. We hope that a cooling system that effectively reduces the operating costs of the data center to be applied as soon as possible in the future. 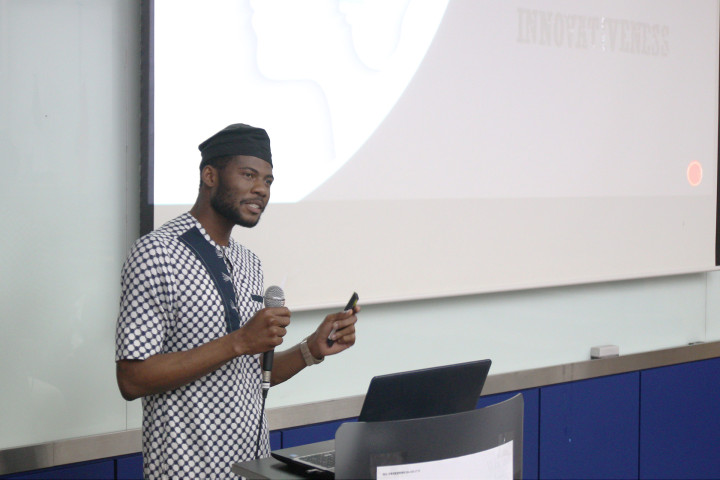 Official Lincoln Kithandi felt the problem of the lack of electronic government(e-government) accessibility of its citizens and suggested a model for using mobile technology to improve it. Professor Soo-young Jang of POSTECH said, "We hope to find ways to link e-government functions with platforms like MPESA, which are already widely used, and we hope to improve e-government accessibility by cooperating with existing government officials through the models presented by the presenter."

"It was meaningful because public officials in developing countries were able to find the problems their nation is facing and share their deep concern in solving them," said Tin Mar Lin, a Myanmar native who attended the event. "It was also a useful time to listen to research results and strategies to solve the problem." 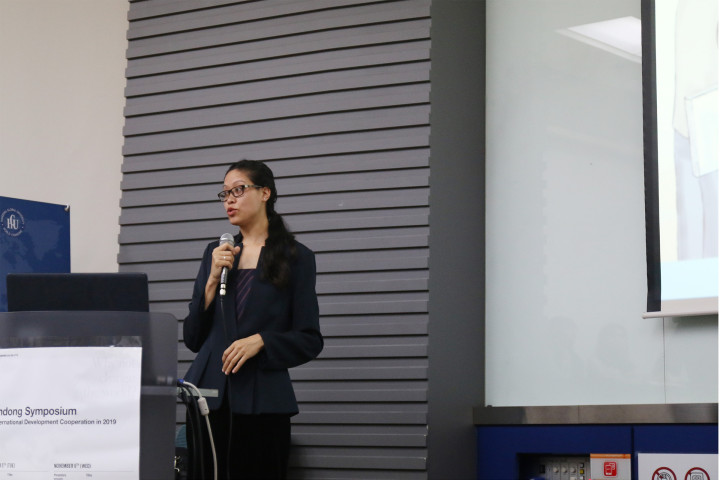 (Phtot 4) Bijeta Subedi, an official of Nepal giving a presentation