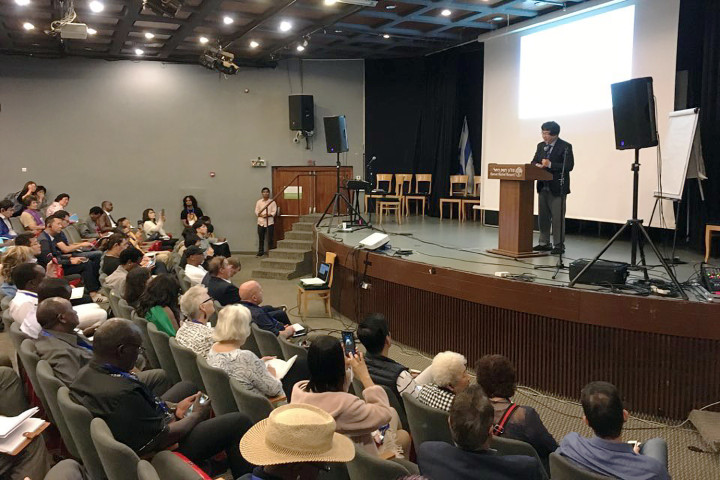 The president of Handong Global University, Jang Soon-heung, proposed an "education revolution" at the age of artificial intelligence, and directions for regional and international development.

President Jang attended the 26th annual All Nations Convocation, the governmental leadership gathering held in Jerusalem, on 7th(Korea time) and delivered a lecture on education.

About two to three hundred people including government officials, pastors and professionals of different areas from 25 countries of North America, Asia, and Africa, Israel's education minister and the mayor of Jerusalem attended the event. At this event, Jang gave a lecture titled "The Challenges and Strategies for University Education” for about 40 minutes.

In addition, Jang suggested 20 number of “Challenges and Projects for 'Regional Development in Pohang” and explained the three educational goals of HGU, which are ▲good character and spirituality ▲globally equipped students and▲problem-solving skills.

Meanwhile, All Nations Convocation Jerusalem is a congregation that brings together about 5,500 representatives, including government leaders, entrepreneurs and scholars. The congregation was  held from September 29 to October13.