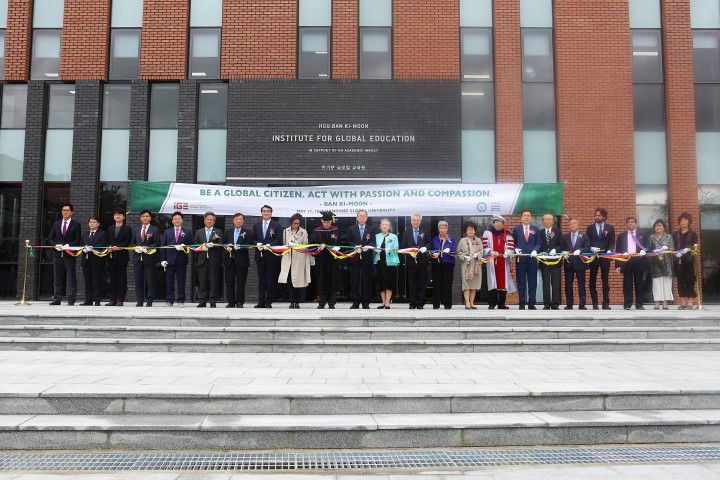 To celebrate the opening of IGE this day, world personages attended and thus attracted attention.

The ceremony was divided into Part 1 and Part 2, and in the first part, the conferment ceremony of the HGU honorary doctoral degree of Vice President Juan Antonio Samaranch Jr. of IOC was held. 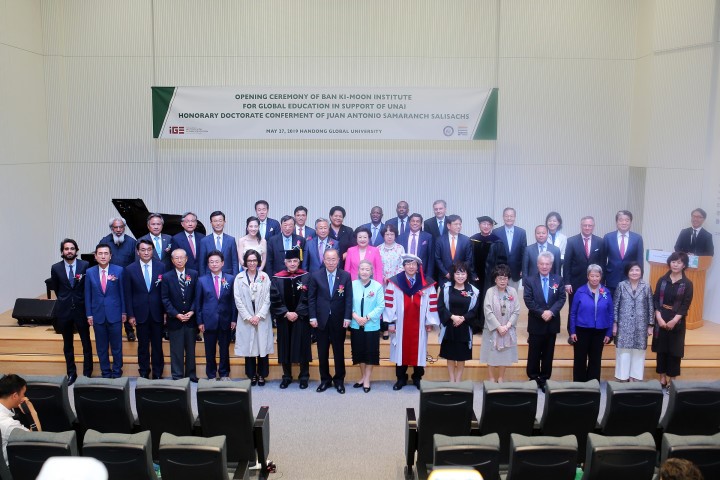 The former UN Secretary-General Ban Ki-moon, who serves as the honorary chairman of IGE, said at the opening ceremony, "IGE will contribute to the realization of the UN's three ideals and sustainable development goals by fostering global citizens through comprehensive and holistic education. We will have a myriad of leaders who will lead in creating a better world by arming with the spirit of honesty, integrity and responsibility, and the spirit of a global citizen."

The Chairman Kim Young-Gil of IGE, who is also the first president of HGU, said "IGE will expand the integrated holistic education of intelligence, personality, and spirituality, which was established by Handong Global University for 20 years, to a new educational paradigm, a global education system. We will pass down the core values ​​and attitudes of sincere, responsible, and loving holistic education and cultivate global talents required by the future by cultivating practical attitudes demanded by the international community." 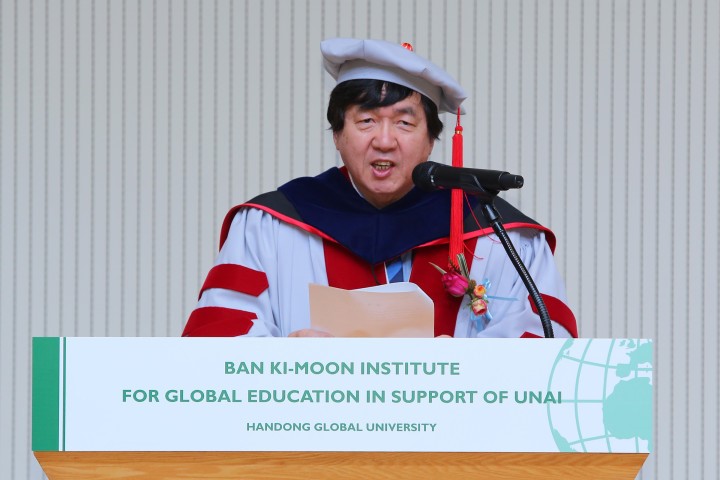 Gyeongsangbuk-do Governor Lee Cheol-Woo, who gave a congratulatory speech as an honorable guest, also emphasized education on global citizenship and said, “I am proud as the governor to have a global educational institution in Gyeongsangbuk-do that will train experts to achieve the UN`s Sustainable Development Goals. The responsibility and role of Ban Ki-moon IGE will be great, as fostering the entire world is the key to creating the foundation for humanity. I express my great expectation for the future journey.”

President Chang Soon-Heung of Handong Global University said, "I will do my best to foster global citizenship education and talents with the global mind in Handong through UNAI Ban Ki-Moon IGE. In particular, Handong Global University wishes to cultivate talents who care about the needs of their neighbors and is capable of solving practical field problems in the region and around the world. In reply to those who gave us their full material and emotional support, I will make efforts to make sure that talents produced in Handong are nurtured as talents who know how to give and share first." 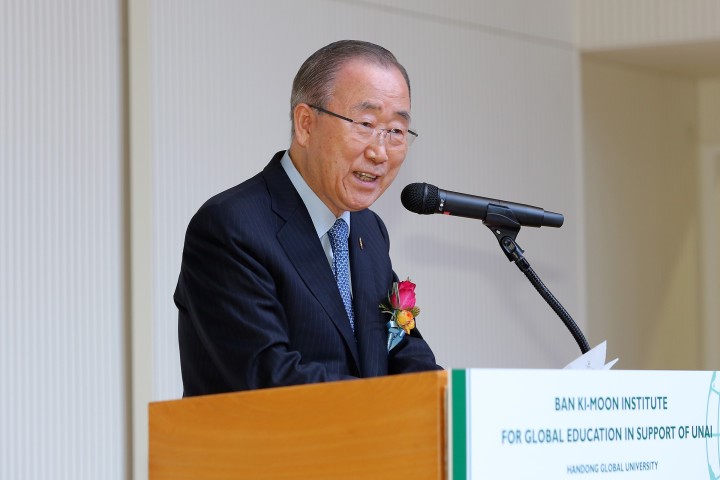 Handong Global University 's holistic global citizen education emerges as an alternative to the UN's Sustainable Development Goals (SDGs) in the world where antagonism, confrontation, forced silence in a blind spot of human rights, the extreme gap between the rich and poor and inequality, and mental narrow-mindedness is widespread.

UNAI Ban Ki-Moon IGE, whose mission is to foster a global leader who changes the world and a responsible global citizen, has a GRACE School and a Sustainable Development International Research Group (SDIRG) under its wings. GRACE School, together with Handong Global University's Creative Convergence Education (CCE), provides courses for certification of specialized education programs step by step to various demanders and interested parties, including not only Handong University students and university students all over the world but also to domestic and international children, teenagers, parents, teachers, companies, and field workers. The Holistic Global Citizens' Program (HGCP) certification course will be conducted in English for all courses, with 18 credits, for university students worldwide.

On the other hand, in the background of the establishment of the IGE, there was a deep meaning of donors for holistic education and fostering younger students. UNAI Ban Ki-Moon IGE was established with a total of 8.4 billion KRW in donations, including 7.35 billion KRW for the sale of land donated to Handong Global University, 1 billion won for the establishment of a library in the institute, and 60 million won for other equipment, including piano and others.

IGE which started construction in July 2018, was built with a total area of 4,271 square meters and a three-story building. The main facilities include lecture rooms, professors' labs, conference hall, library, cafeteria, and guest house. 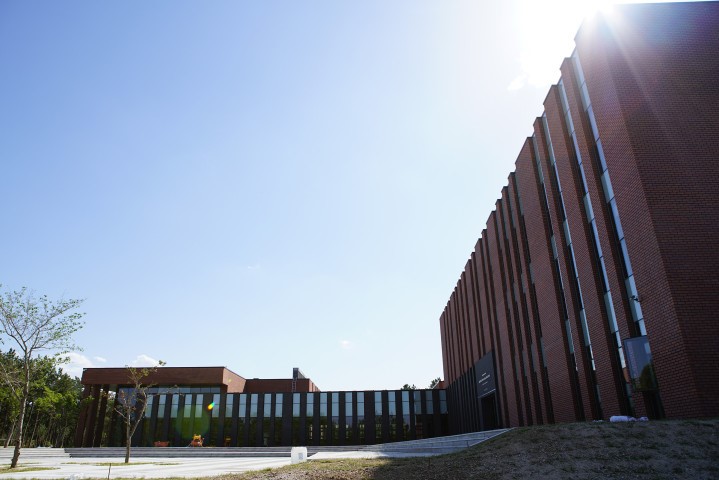